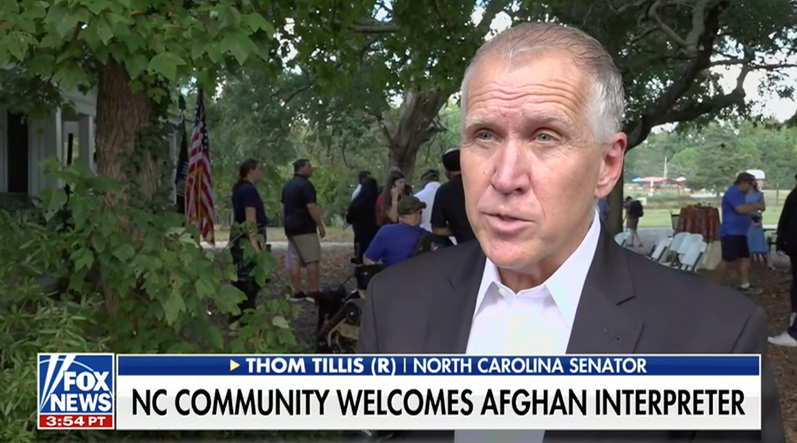 Recently, Fox News aired a story about an Afghan interpreter who Senator Thom Tillis (R-NC) and his office helped evacuate out of Afghanistan in August and relocate to North Carolina. Zabiullah R. affectionately known by the troops as Johnny, arrived with his family at his new home in rural North Carolina.

Johnny, who served with U.S. infantry units for more than six years, was rescued at the end of August by a U.S. Senator, a private veterans group, and members of the 82nd Airborne, one of the last combat translators to make it out before the war’s end.