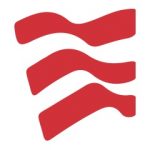 Early one morning on Hunting Island State Park on the southeastern tip of South Carolina, Mike Dorman had a vision. The sun was coming up on the horizon, the waves were breaking on the shoreline and Michael, who had retired from the United States Coast Guard after 20 years of service, was in deep thought about his life.

“I was thinking about growing up in North Carolina, my career in the Coast Guard and my time spent as a contractor after the Coast Guard, and I felt the need to do more with my life,” says Dorman who grew up in North Carolina. He was thinking about his fellow veterans, those injured while serving their country; veterans with disabilities who needed everyday assistance.

“I did not know anyone who had been injured in Iraq or Afghanistan, and no one in my family was ever disabled in the military,” recalls Dorman. “My grandfather, William Edwin Andrews, of Fairmount NC served in World War II and was a Prisoner of War in Stalag XVIIb near Krems, Austria for 14 months.

“But, I was becoming more aware of the high number of returning veterans suffering from disabilities and knew a need existed to have their homes modified so they can live independently. I was also aware that a large number of veterans are just now suffering disabilities from the Vietnam War and that age was becoming a disability for Korean and World War II veterans.”

Those thoughts early that morning led Mike Dorman to make major changes in his life to start Military Missions in Action in January 2008, devoting his efforts to help veterans with disabilities achieve independent living as well as supporting our service men and women serving in combat areas and their families.

“I also wanted to honor our fallen heroes like my grandfather and support our men and women currently serving in the armed forces,” says Mike. “It does not matter whether you are young or old, rich or poor, Republican or Democrat; it is our duty and responsibility to support those who sacrificed so much for our freedom.”