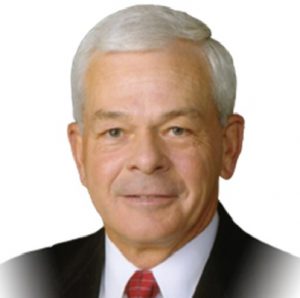 General William F. “Buck” Kernan served for 34 years in the United States military and retired December 2002. In his last assignment, Kernan served as Supreme Allied Commander, Atlantic and Commander in Chief, U.S. Joint Forces Command. He has commanded at many levels of the military – starting at the Platoon level and going up through Combatant Command level. He has commanded two Airborne Companies, two Ranger Companies, an Airborne Infantry Battalion, a Ranger Battalion, and the 75th Ranger Regiment. For two years he was an exchange officer to England as a rifle company commander in the 3rd Battalion, the British Parachute Regiment.

He was the assistant division commander (Maneuver) of the 7th Infantry Division, followed by an assignment as the director of Director Plans Policy and Assessments, J5, United States Special Operations Command. He commanded the 101st Airborne Division (Air Assault) for two years and the XVIII Airborne Corps at Fort Bragg for 30 months.

Kernan’s combat tours have included Vietnam, Grenada and Panama. During Operation JUST CAUSE, he led the 75th Ranger Regiment in its combat parachute assault onto Rio Hato.

General Kernan served as the Foundation’s chair from December, 2006 to November, 2010.