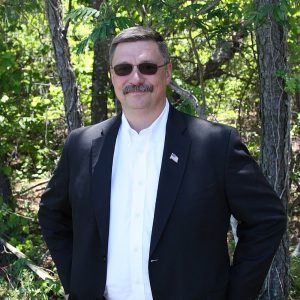 Lane Kjellsen founded the company in 2003 after retiring from a 22-year career as a U.S. Army Special Operations Warfighter. During his career, he became a seasoned subject matter expert in small unit tactics, counter-terrorism and counter insurgency. His final tour placed him in a principal role as a Combat Developer focused on advancing capabilities in the areas of explosive breaching and thermobaric weapons. As such, he led scientists, technologists, and national laboratories in the development of solutions to mission critical and mission essential requirements for counter-terrorism, counter proliferation.

Throughout the past 15 years, Lane has focused K2 on providing combat development, counter IED, and security solutions to US, state, and local governmental agencies as well as to private industry throughout the nation. In so doing, has led the company from a two person operation to one with currently more than 130 employees.

In his leadership role with K2, Lane provides strategic vision to the executive leadership team and to the company as a whole. He coordinates and provides key decision making on strategic direction and company pursuits while focusing business efforts on supporting the American Warfighter and security interests both at home and abroad. His understanding and historical association with US Special Operations forces, in combination with his direct interaction with governmental laboratories, has resulted in the development, improvement, re-design and fielding of a number of military explosives, weapons, and munitions.

Lane also maintains a primary focus on the use of canines as security and force multipliers. As a successful amateur labrador retriever trainer and handler at the Field Trial level, Lane was on the cutting edge of the development and use of canines in improvised explosive device (IED) detection. At the height of the US involvement in Afghanistan, K2 provided 647 trained Labradors to the US Marine Corps for route clearance and the forward movement of the troops.

Today, Lane has expanded K2’s canine focus to include: person-borne explosives detection in high threat/high vulnerability environments such as major sporting events, concerts, and amusement parks; detection of hidden explosives in air freight and air cargo; oil spill detection; stand-off explosives detection; and the training of dual and multi-purpose canines for law enforcement entities throughout the US.

Lane is also a licensed private pilot with hundreds of hours of air time.