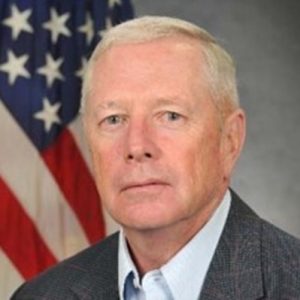 Upon graduation from college in 1974, Lieutenant General Glueck was commissioned as a Second Lieutenant in the Marine Corps. He was designated a Naval Aviator and flew more than 6500 flight hours in helicopters, fixed wing and tiltrotor aircraft; he was designated a Presidential Command Pilot while serving with Marine Helicopter One (HMX-1).  During his career, Lieutenant General Glueck commanded Marine operational units at the Squadron, Marine Expeditionary Unit, Marine Expeditionary Brigade, Aircraft Wing and Marine Expeditionary Force levels; additionally, he commanded numerous Joint Task Forces in support of humanitarian assistance and disaster relief operations.  His significant staff assignments include:  Chief of Staff of USSOUTHCOM, Chief of Staff of Multi-National Forces Iraq, Operations and Logistics Director at USAFRICOM, and the Commanding General Marine Corps Combat Development and Education Command.  Lieutenant General Glueck retired from the Marine Corps in October of 2015; he currently resides in Charlotte, NC, with his wife Elizabeth.  Since leaving the Marine Corps, he serves on the Board of Directors for Robo-team North America, as a Member of the Board of Advisors for the Jewish Institute for National Security of America, as the Chairman of the North Carolina Military Foundation, and as a Senior Mentor for the Joint Staff.  Lieutenant General Glueck holds a Bachelor of Science degree from MacMurray College, Jacksonville, Illinois, and a Master of Science degree in Business Management from Troy State University, Alabama.