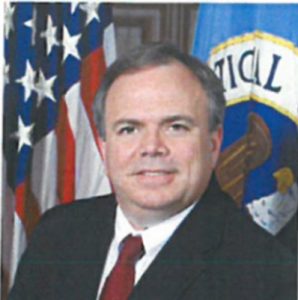 Currently Michael D. Bender is the Director of the Laboratory for Analytic Sciences (LAS). In this role, he works with government, academic and industry partners to investigate and implement innovative classified and unclassified solutions for tactical and strategic analytic challenges in support of Intelligence Community missions.

Mr. Bender graduated from John Hopkins University with a Bachelor of Science degree majoring in Electrical Engineering in 1985. He also graduated from Loyola College in Maryland with Master of Science Degrees in Computer Engineering (1999) and Electrical Engineering (2001) and currently teaches graduate courses in communications, networks and signals processing. Mr. Bender received certificates for coursework at the Georgetown School of Public Policy, at The Kellogg School of Management at Northwestern and at the University of Virginia in managing organizational change.

Mr. Bender began work at NSA in 1984 where he was assigned as an electronics engineer. He has served as a project engineer, program manager and line manager in a variety of technical organizations within NSA since that time. He has served as a technical leader and manger in the Research and Development and a technical leader in Signals Intelligence during which he was responsible for providing the software, associated operational concepts and the infrastructure needed to support Computer Network Operations. He worked with Information Assurance through a series of short-term technical assignments to improve joint research and development for the SIGINT and Information Assurance missions. Mr. Bender served as the Associate Technical Director of the National Threat Operations Center. He is the former Technical Director of Analysis & Production within the Signals Intelligence Directorate at the National Security Agency. He provides technical guidance on the strategic initiatives that support the investment portfolios for analytic modernization and for building partnership capacity.

Mr. Bender has worked at NSA for his entire career. He received a Presidential Rank Award and was awarded the National Intelligence Medal of Achievement. He serves on Advisory Boards for MIT/LL and the National Labs. Mr. Bender is an Associate Faculty at Loyola University and a guest lecturer on cyber security and analysis. He is a Senior Member of IEEE Communications and Signals Processing Societies, the Association for Computing Machinery and an active member of the Carnegie Mellon Software Engineering Institute.