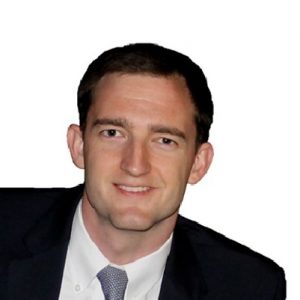 Stuart Ruffin has served as the Foundation’s Executive Director since March, 2018

As Executive Director, he is charged with developing the vision, mission, and goals of the Foundation, along with leading the Foundation’s efforts to drive growth in the six target markets laid out by the Foundation’s NC Defense Asset Inventory and Target Industry Cluster Analysis.

Ruffin began his career with the Foundation in 2012 as the organization’s inaugural intern. He was quickly promoted to the role of Outreach Coordinator where he designed and implemented the Foundation’s outreach strategy. In late 2013, he was selected for the role of Deputy Director, where he assisted the organization’s Executive Director and led a number of the Foundation’s development initiatives, including those involving unmanned systems, human factors, and C4ISR.

Ruffin received his B.A. in political science, including minors in economics and Middle Eastern studies from North Carolina State University. He spent the summer of 2010 studying abroad in Egypt, where he honed his Arabic language skills and completed coursework in Modern Egyptian History. In 2013, he earned a Masters in International Studies from NC State University, and wrote his capstone on the efficacy of funding economic development efforts in Egypt through loans from the International Monetary Fund (IMF).

A native of Winston-Salem, NC, Ruffin currently resides in Charlotte, NC. In his spare time, he serves as a board member of the Joedance Film Festival supporting pediatric cancer research and assists the Foreign Area Officer Association’s quarterly Journal of International Affairs in a variety of ways, including by contributing book reviews.