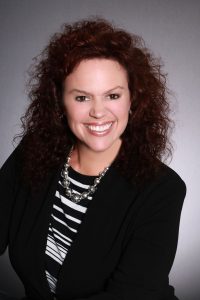 In 2019, Tammy Everett was one of the lead executors of a merger between the North Carolina Defense Business Association (NCDBA) and the North Carolina Military Foundation (NCMF), establishing the Defense Alliance of North Carolina (DANC). Tammy was formerly the Executive Director of NCDBA and has held the position of Senior Director of DANC since the merger. In that role, she has overseen the finances, operations, membership, and event planning for the newly established DANC organization.

Tammy Everett represented Pinehurst Resort from 1998-2015 and was responsible for generating local and national group business, specifically in the areas of defense, state and federal government and military as it relates to their conference and lodging requirements.

Tammy received the status of Certified Meeting Professional (CMP) in 2010 for having met high standards of proficiency in meeting management and holds a degree in Hotel and Restaurant Management with 20 years of experience in the Hospitality Industry.

As a NC native, Tammy Everett moved from her home county of Chatham to Moore County in 1995 and achieved an associate degree in Hotel & Restaurant Management from Sandhills Community College.  She and her family currently reside in Scotland County, with her husband Rob and their twin boys, Christopher, and Matthew.