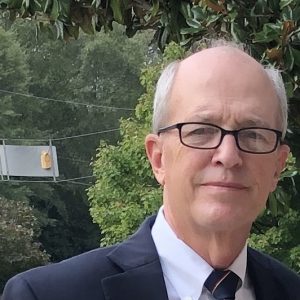 About Timothy A. Peppe

Tim Peppe has served as an Independent Defense Consultant since January 2014 when he retired after 10 years with Northrop Grumman Corporation (NGC).  While with NGC, he served as the Air Force Corporate Lead Executive to Air Combat Command and in this capacity, represented all NGC sectors — Aerospace

Tim has extensive senior-level leadership experience directing large, complex defense organizations in challenging operational, training and joint environments. He distinguished himself during a military career spanning more than 33 years. He retired (effective January 1, 2004) from the United States Air Force as a Major General. In his last assignment, he served as special assistant to the Chief of Staff of the Air Force, Washington, DC for Air and Space Expeditionary matters.

In prior assignments, Tim served as the Air Force Chief of Safety. He has commanded two wings, fighter and pilot training, a support group and a Tactical Reconnaissance Squadron. He also served as the Director, Combined Air Operations Center (NATO/Bosnia) and Director, J-9, Joint Experimentation, Joint Forces Command. He was a command pilot with over 3700 hours in fighter and training aircraft. Among his awards and decorations are the Distinguished Service Medal, the Defense Superior Service Medal and the Legion of Merit.

When not traveling, he’s spends considerable time volunteering at the Wallace Elementary School where he focuses on teaching “NC Facts” to students in the 1st through 3rd grade classes.  Additionally, he works with over 40 teachers to ensure they have adequate support and supplies.  He also volunteers at the Wallace Presbyterian Church’s Food Pantry where he receives and organizes food shipments from various local stores.

He holds a bachelor’s degree from North Carolina State University and a master’s degree from Webster University. He is also a graduate of the Armed Forces Staff College and the Air War College.