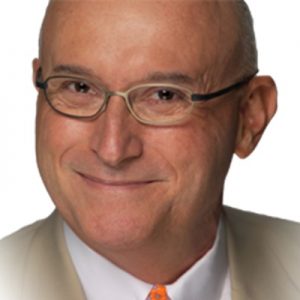 With an economics degree from the University of Virginia, Vice Admiral Morgan entered the U.S. Navy in 1972 and for the next 36 years was steeped in the practical side of planning, execution, and organizational leadership. On Sept. 11, 2001, he was commanding 10,000 men and women of the USS Enterprise carrier battle group, just then exiting the Strait of Hormuz. Upon getting word of the second plane hitting the World Trade Center, he immediately turned the group—on his own authority—to be first in the theater of operations against al Qaeda and the Taliban. For his leadership in combat, Morgan was awarded the Bronze Star.

He capped his naval career as a key advisor to Mike Mullen, then Chief of Naval Operations (and, starting in 2007, Chairman of the Joint Chiefs). In that capacity, he directed the creation of “A Cooperative Strategy for 21st Century Sea Power.” The global strategy is now in effect and reflects the input of national and international leaders in business, military, civic organizations, and think tanks, and is aimed at protecting vital interests in an increasingly interconnected and changing world.

He serves as a member of the Board of Directors of the U.S. Naval Institute in Annapolis, Maryland and the Board of Advisors of ADS Inc. He and his wife, Jo Anna, live in Winston-Salem, NC.