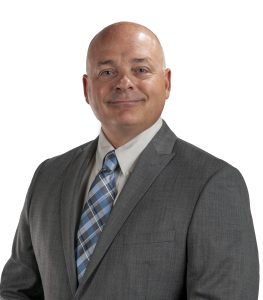 Bill brings over three decades of combined Military and Commercial Aerospace experience, including a 30-year career in the U.S. Coast Guard, leading Coast Guard Air Stations and serving at the strategic level on Combatant Commands and Coast Guard Area Commands.

Prior to joining Lockheed Martin, Bill served as Commanding Officer of Coast Guard Aviation Training Center Mobile (AL), leading 700+ member organization, dispersed across five states, operating 17 aircraft responsible for the operational readiness of 4,000 operators.  He was Awarded the Distinguished Flying Cross for operations during Hurricane Katrina.  While serving as the Coast Guard Exchange Officer to the Royal Air Force, he was personally awarded the Royal Air Force Cross from Queen Elizabeth II during an investiture at Buckingham Palace for the night rescue of five mariners from a coastal freighter engulfed in flames with a volatile cargo of fertilizer and fuel. He also served as Commanding Officer of Coast Guard Air Station San Francisco.

Bill has a BA in Public Policy, a MA in Organizational Management, a MA in National Security and Strategic Studies, with Distinction, from the Naval War College. From 2014-2015 he served as the Coast Guard’s National Security Fellow at the RAND Corporation.

Bill has been married to the former Cindy Strickland for 30 years. Cindy is a teacher for deaf and hard of hearing elementary students. They are both from Wayne County, NC and they have four children.  There oldest, Camber, is an Army spouse, Butler University graduate, and lives in Vicenza, Italy with her husband (USMA 2016) and 10 month old daughter. Bill and Cindy’s oldest son Hayden graduated from the Air Force Academy in 2020 as the 69th officer commissioned in the Space Force. Hayden’s wife is a USAFA 2019 grad and serves in the Space Force as well. Their youngest daughter Darcy was adopted from Thailand after meeting her at an award ceremony in London in 2004. Their youngest son Liam is a junior at West Point (Class of 2023) and has lead and published research on traumatic brain injury and Alzheimer’s.