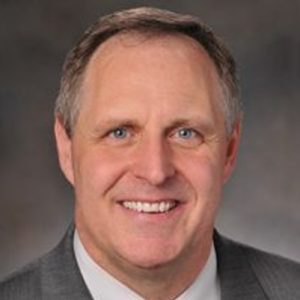 Tim Gabel serves to connect people and organizations. At the Defense Alliance of North Carolina (DANC) we were pleased to have him serve on our Executive Board from 2016 to 2021. He contributed his expertise and organization support in many roles, the latest being Vice Chairman of the Board. Our heartfelt thanks go out to him for his service to DANC, his company and the state.

Just because he is no longer a DANC Board member, Tim does not have time to rest. He continues to connect, work, and serve as the newly appointed President and CEO for RTI International (RTI). RTI is a Triangle -based independent nonprofit research institute dedicated to improving the human condition.

How Tim Gabel got connected to DANC

RTI is an especially important organization to the history of DANC. Originally, the institute signed as an executive partner with the NC Military Foundation (NCMF). RTI wanted to bring their capabilities and influence as collaborators and convenors to the DOD area.

When they signed, Tim was the logical choice to be the company representative on the Board of NCMF. At the time, as executive vice president of Social, Statistical, and Environmental Sciences, the largest business unit within RTI, his unit was a poised to bring expertise to more DOD projects and exposure. Committed to economic growth in North Carolina, Tim worked with the Board to consistently promote the State of NC and foster economic development opportunities for defense related industry.

RTI continued their ongoing support as the NCMF joined forces with the North Carolina Defense Business Association (NCDBA) and became the Defense Alliance of North Carolina in August 2018. With Tim as a Board member, RTI continued its tradition of support for DANC to promote economic development initiatives in North Carolina centered around the defense community and economy.

Board Member Experiences and Challenges

Memorable Experiences as a Board member

Tim Gabel summarized some of his most memorable experiences on the DANC Board including:

Challenges faced during his time on the Board

During Tim’s service on the NCMF and the DANC Boards he recounted facing three major challenges and providing solutions. They included:

At first, Tim was, by his own admission, a little intimidated with working alongside retired Flag officers and senior leaders. “It turned out to be a great leadership development course” he said. He went on to recount the considerable number of relationships and life-long friendships he has developed as a result of his service with DANC.

That metaphor was a fitting example of our organizations’ merger into DANC. Not only did we have to work out all the roles and transitioning framework, but we also had to combine the Boards of a Foundation (NCMF) and an events-based trade association (NCDBA). And no sooner than we got most things back to order and we were operating as DANC, the pandemic started and there was a whole new challenge.

While the effects of COVID-19 pandemic affected all of us, the effects were particularly devastating to a collaboration and event-based organization. The ways we normally interacted with our members and our potential clients all changed drastically. We no longer had a face-to-face option and in-person collaboration. We were limited to virtual events and online interactions at best. Our membership suffered and it took a lot of creative interaction and thinking to pull DANC through the pandemic. Tim summed it up by saying “It was a huge challenge, but one that gave me lots of solutions to help in my own organization.”

Benefits to being aligned with DANC

Tim Gabel recounted that there were numerous benefits to being aligned with DANC and the relationships he built while serving. They included:

His THANKS to DANC were many but are summarized as:

And finally, Tim expressed his extreme pleasure to serve on the Board of the Defense Alliance of North Carolina during a time of unique transition. He went on to describe DANC as the “Ongoing Connective Tissue” to a better NC Defense community and economy.

Our unlimited thanks go to Tim Gabel for his service on the DANC Board and wish him well in his ongoing leadership and service in his work and for his contributions to the defense community in North Carolina. 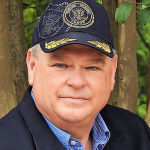 About the DANC Communications Committee Chair:

Van Carpenter (US Navy Retired) is a global business change agent, advisor and communicator. He regularly advises, coaches, speaks and trains on innovation, creative change, catalyst communications & marketing, and adaptive leadership. Van has over thirty plus years of entrepreneurial and executive experience in corporate, government, military, marketing, agency and entrepreneurial sectors. He brings his unique blend of diverse experience, business acumen, humor, and real-world perspective to both his advice and communication.

Van is a retired Commander in the Naval Reserve. He lives near Clayton NC with his wife Deborah and is currently hanging out in the “basement office” while managing his business consulting and innovation group – Van Carpenter Innovative Solutions.  Contact him anytime at 919-539-3499 or email him your topic suggestions to van@vancarpenter.com.