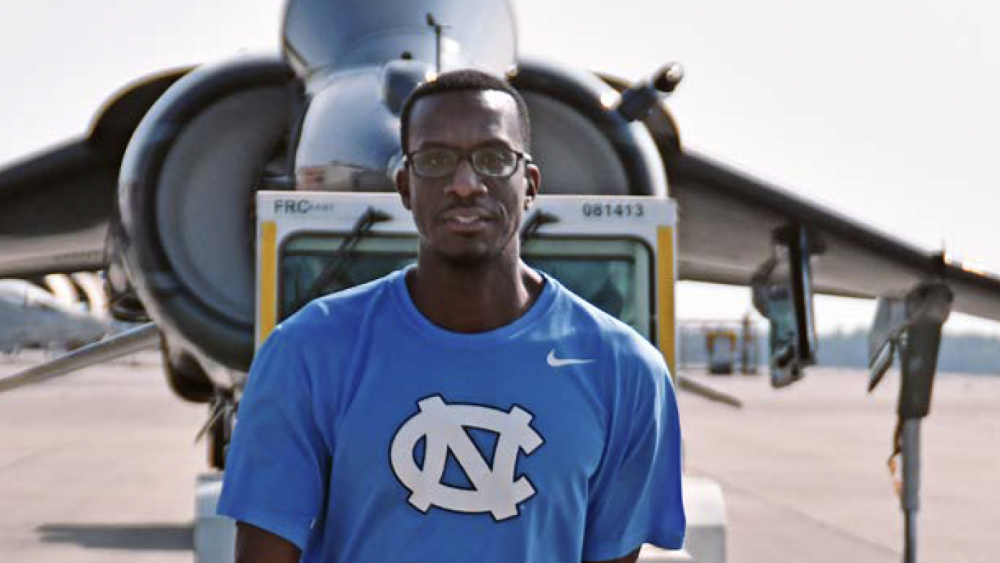 No, not a physical bridge. It’s a Tech Bridge. What is this Tech Bridge and how does it work?

The Naval Agility Office, also known as Naval X, spearheads the Tech Bridge initiative with the goal of rapidly delivering innovative capabilities to service members across the globe. The purpose of the Tech Bridges is to bridge the gap between the Navy and emerging entities like:

that aren’t traditionally part of the Navy’s development and acquisition process. Tech Bridges serve as a conduit that allows for the sharing ideas and identification of possible innovative solutions and delivery capabilities to warfighters. This process is done ideally faster than could be accomplished through traditional methods. “The pace of technology innovation and development today can outstrip the pace of the traditional acquisition process,” said Jeff Nelson Eastern North Carolina (ENC)Tech Bridge Director. “Tech Bridges function in a manner that helps speed solutions to the Navy and Marine Corps before they can become obsolete or matched by near-peer competitors.” In short, he concluded, “ We connect brains to planes!”

The Eastern North Carolina Tech Bridge was “stood up” and began operations in January of this year. But they are not alone. There are currently 18 total Tech Bridges – 16 in the United States, one in the United Kingdom and one in Japan. ENC Tech Bridge is the 17th of the 18 total.

The ENC Tech Bridge focuses on several areas of consideration including:

The ENC Tech Bridge operates in conjunction with a partnership between Fleet Readiness Center East (FRCE) and Craven County, and they are helping build and grow an ecosystem of innovation that will benefit not only our service members around the globe, but also the local Eastern North Carolina community.

What Is FRC East and How Does It Relate to Tech Bridge?

Fleet Readiness Center East is an aircraft maintenance, repair and overhaul depot that supports U.S. military interests and partner organizations through the rework of aircraft, engines and components, and engineering, technical and logistical services related to aircraft design, maintenance, and logistics.

FRC East is = especially close to the Marine Corps; in fact, almost 80% of the facility’s workload supports Marine Aviation. As a fact, FRC East was established by the Marine Corps in 1943 as the Assembly and Repair department, with a 36-member payroll and one 500,000-square-foot facility. Today, it is one of seven Department of Defense aviation depots, and one of two specializing in vertical lift – that includes helicopters, V-22 Ospreys and jets that are capable of short takeoff and vertical landing, like the AV-8B Harrier and the F-35B Lightning II.

FRC East now has a workforce of about 4,000 employees and a footprint that covers five locations and 119 assigned facilities for a total of 2.1M square feet. They are an integral employer and economic development component for Eastern NC. And they support the Tech Bridge.

The tech Bridge link to eastern North Carolina is not only in facilities and support.

Jeff was born at the Naval Hospital aboard Marine Corps Air Station Cherry Point and raised in New Bern and grew up in Eastern NC. Not only was he born in eastern NC, but he has a long work history in multiple progressive positions at FRC East and now the ENC Tech Bridge.

His experience is diverse and intricately tied to FRC East. His career journey is a testament to those qualifications and knowledge.

He began federal service November 4, 1987 on a temporary appointment as a Tools and Parts Attendant at FRC East, then known as the Naval Aviation Rework Facility. He transitioned into the Production Department in the early 1990s, working as an Aircraft Electrical Helper in the Aircraft Wiring and Cable Shop. He took time out to start and develop his own contracting business. But the FRC East was not done with him. He returned to FRC East in July 1999, working as a Raytheon Aerospace contractor repairing, overhauling, and testing aircraft hydraulic components. In March 2000, Mr. Nelson was hired as a Pneudraulic Systems Worker and was selected for the “Worker to Journey Apprentice” Program in August of the same year. After completing a two-year apprenticeship, he was promoted to Pneudraulic Systems Mechanic, and then was moved on to serve as Pneudraulic Systems Training Leader. He was promoted again in 2007 to Pneudraulic Systems Supervisor, and again in 2009 to Accessories and Components Branch Head. In 2015, Nelson was promoted to Industrial Processes Integrated Product Team Lead (IPT Lead) and remained in that position until September 2017, when he was promoted to the FRC East Command Operations Department Head. As the Command Operations Department Head, Jeff Nelson led a multidisciplinary group of divisions that included Security, Human Capital, Equal Employment Opportunity, Information Systems, Command Administration and Acquisitions/Procurement. To round out his long and rich work history, Jeff was promoted in  January, 2022,  to the role of Eastern North Carolina Tech Bridge Director. As you can see, he has a lot of credential, experience, and knowledge of the workings of the FRC East initiative that he now heads and directs.

Jeff is also a contributing member in his community. He enjoys mentoring and helping others both in and outside of the workplace. In addition, he enjoys family time and outside activities including hunting and fishing.

The Naval X ENC Tech Bridge and FRC East are providing a bridge for education, business development and innovation to the people of North Carolina and to their eastern NC community. Find out more about how your business can identify and utilize the opportunity provide by the ENC Tech Bridge. Visit  https://www.secnav.navy.mil/agility/Pages/tb_enc.aspx and get involved  with our programs.

As Jeff Nelson says, “ Our Tech Bridge came about when command leadership realized that the combination of the unique work we do at FRC East, along with the strong support we have in the local community and also with institutes of higher learning in the ENC region, perfectly postured us to assume this role. We leverage our community collaborative combination to take a proactive stance in helping solve some of the Navy and Marine Corps’ most pressing issues, especially in our focus areas.”

Jeff  further challenges all of us to examine how we can become a part of the ecosystem of the ENC Tech Bridge and help build and support a fast conduit for innovative ideas, solutions, and technology delivery to our warfighters.

ENC Tech Bridge and FRC East are members of the Defense Alliance of North Carolina (DANC). DANC is a private, nonprofit organization focused on strengthening North Carolina’s defense sector and those who support it. The ENC Tech Bridge adds their impact and knowledge to DANC. The alliance combines the powerful leadership of distinguished military officers and industry executives, a large and active membership base, and an impressive set of standing forums and events to support North Carolina’s government, military, business, and academic communities.

Interested in joining with us? Visit https://defensealliancenc.org/membership/ to join TODAY!

About the DANC Communications Committee Chair:

Van Carpenter (US Navy Retired) is a global business change agent, advisor and communicator. He regularly advises, coaches, speaks and trains on innovation, creative change, catalyst communications & marketing, and adaptive leadership. Van has over thirty plus years of entrepreneurial and executive experience in corporate, government, military, marketing, agency and entrepreneurial sectors. He brings his unique blend of diverse experience, business acumen, humor, and real-world perspective to both his advice and communication.

Van is a retired Commander in the Naval Reserve. He lives near Clayton NC with his wife Deborah and is currently hanging out in the “basement office” while managing his business consulting and innovation group – Van Carpenter Innovative Solutions.  Contact him anytime at 919-539-3499 or email him your topic suggestions to van@vancarpenter.com.