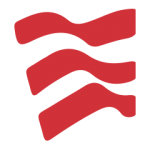 Your friends in Fairmont wish to welcome you to our hometown. We invite you to visit us, rest a “spell,” and enjoy small town life in this warm and progressive slice of Americana. If you are ready for relocating, whether for business reasons or for escaping the fast lane of the city, you’ll find Fairmont ready to welcome you.

Fairmont is located in the southern part of Robeson County. The town has a population of 2,659, but the businesses and industries of the town actually draw upon a population between 25,000 and 30,000 from the communities surrounding the town. The population is a uniquely tri-racial mix of the African American, Native American and Caucasian races.

Tobacco auctionFairmont was originally founded on the site of the Ashpole Institute, a small private academy, and was chartered in 1899 as Union City, then Ashpole in 1901 and lastly as Fairmont in 1907. The first settlers to this area received land grants from the Lord’s Proprietors and worked in the logging and naval stores industries producing lumber, turpentine and pitch for ships. By the late 1800’s, a thriving tobacco market had been established as well. The railroads later followed to rapidly move these goods. By the early 1900’s, tobacco became king, and by the mid-1950’s, Fairmont was considered one of the major tobacco markets in the world. As health concerns have affected the sales of tobacco, many local farmers have turned to other cash crops, mainly corn, soybeans and wheat.

Click Fairmont History for a 1987 collection of facts and pictures from Fairmont’s past. This history was compiled by the late Wiley R. Taylor as part of the Robeson County Bi-Centennial Celebration. (The document is in Adobe PDF and is a large file.) For some historical pictures of the town click here. You can also find historical pictures of the town at www.fairmontfotos.com.