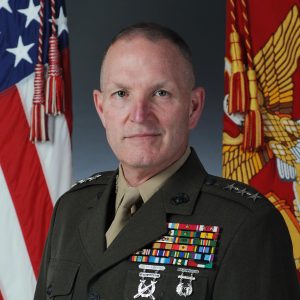 He graduated from Franklin and Marshall College, Lancaster, Pennsylvania, and was commissioned through the Platoon Leaders Class in May 1981.

Assignments in the Supporting Establishment include: Company Officer and Commanding Officer, Company A, and Course Developer, MCI Company, Marine Barracks,