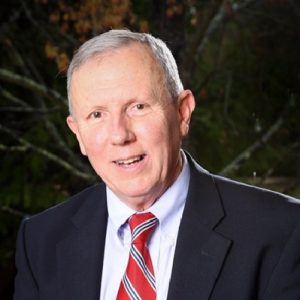 JB Burns is a retired Army Major General, with service in Europe, the Balkan Peninsula, the DMZ in Korea, Israel, Iraq, Kuwait and Saudi Arabia and in the homeland defense of the Continental US. Since departing Army service he has been Vice President of British Aerospace overseeing development of US combat systems and guns for the Army, Navy and Marine Corps, with facilities in Europe, Africa and in the USA.   He is presently owner of a consulting firm to BAE and several hi tech startups. He is married to his fitin Texas Aggie Ruth Ann with 3 daughters and the world’s four best grand kids.