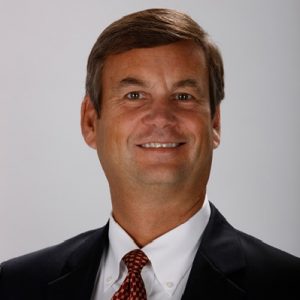 Torrey Galida serves as President of Richard Childress Racing overseeing day-to-day operations, corporate strategy, finances, marketing, business development and competition. Galida was promoted to his current position in July 2014, becoming the first person other than team owner Richard Childress to carry that title for the corporation. He is also a member of the board of directors for RCR, a position he was appointed to in July 2014.

Galida is a 21-year veteran of the automotive and motorsports industries. Prior to being promoted to president, he had been chief operating officer for RCR since July 2011 overseeing corporate strategy, operations, finances, facilities and human resources.

Before joining RCR, he served as general manager for TRG Motorsports. He also spent time as president of Millsport Motorsports and chief marketing officer at Roush Fenway Racing, where he oversaw the team’s growth to 14 teams and the top spot as NASCAR’s largest organization.

Prior to moving to North Carolina in 2004, Galida spent 12 years with Ford Motor Company. He served in a number of senior-level marketing positions, including vice president of marketing for Ford of Canada, director of advanced product strategy and global motorsports marketing manager for Ford Racing Technology.

After graduation from college, Galida spent six years as an intelligence officer in the U.S. Navy.  He served with a fighter squadron aboard the USS Nimitz and spent three years working on the staff of the Chief of Naval Intelligence at the Navy Command Center at the Pentagon.

Galida earned a master’s degree from Duke University’s Fuqua School of Business and a Bachelor of Science from the University of Colorado. He lives with his wife, Cathy, and their two children in Cornelius, N.C.